A full calendar of events, fiestas, festivals and fairs for 2020 in Pollensa old town

Pollensa is a small town in the foothills of the Tramuntana Mountains, in northern Mallorca - a place that has been inhabited for hundreds of years, and visited, and often ravaged by invaders; Romans, Phoenicians, Arabs, Catalans and now northern Europeans have visited, settled and made Pollensa their home, leaving an indelible mark on the town's history and traditions.

The yearly calendar of traditional, religious, musical, historical and cultural events that take place here bear testimony to the rich legacy of influence from the people that have been here before. Some are part of the fabric of the place, celebrated for generations, others are recent additions. The religious dates are all intertwined, one setting the stage for the next.

The Spanish Christmas takes place on the 6th of January celebrating the arrival of the three wise men at the birth place of baby Jesus, bearing gifts of gold, frankinscence and myrrh. The ocasion is re-ennacted as a grand procession through the streets of every village, town and city in Spain on the eve of the Reyes Magos - on the 5th of December - usually quite late in the evening. In Pollensa the route varies but goes round the town and then comes to a halt in the main square. The kings used to ride on horseback but now sit grandly on floats surrounded by children dressed as pages, adult pages on horseback follow and they all throw sweets into the crowd.

Possibly the most authentic date on the winter calendar, Sant Antoni is a local favourite celebrated over two days and culminating in pine tree climbing competition in the old square behind the main church - Plaça Vella. And though it purports to be celebrating the patron saint of animals, it has all the components of a pagan festival; Fires, tree felling, music and food.

The fun begins on the eve of Sant Antoni, on the 16th of January, with the lighting of bonfires all over town. In a toned down version of the Valencia Fallas this is a celebration which combines satire and tradition, with efigies and political commentary competing for the best bonfire prize. oNce burning, the food comes out and the town becomes a outdoor winter bbq.

The following morning is the official procession of Sant Antoni where animals are brought to be blessed at the church doors. A lovely display of sheep, goats, cats and dogs, donkeys, horses drawing carts and the odd pet rabbit or snake!

And then the real fun begins!

The whole town, in theirs tens of thousans, walk up to Ternelles to collect the felled pine tree. Sardines, bread and wine is laid on by the Town Hall and everyone brings food to cook on the outdoor grills beside the torrent, to the crack of bangers and the local bagpipes, the Xeremies. Then the long walk ensues, back to town, carrying, or rather pushing, pulling and tugging the12 metre long pine tree trunk mounted onto a small cart back to the old square, where it is raised and the climbing competition begins. last year the feat was accomplished in the pouring rain. Nothing will stop the show going on! 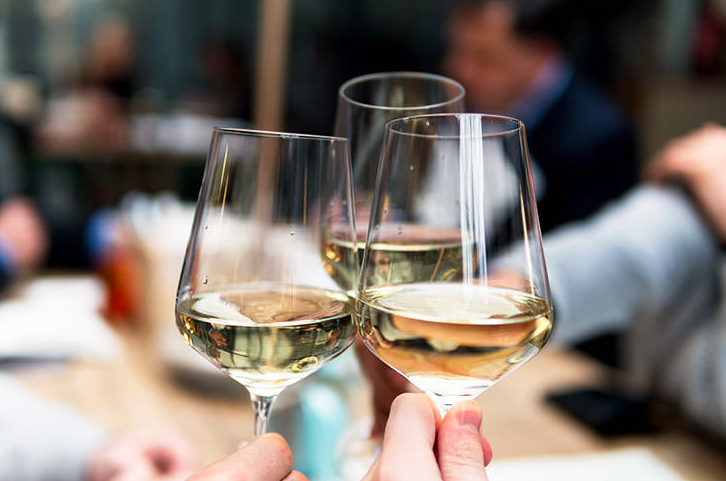 The International Day of Music

The Fiestas of the Moors and Christians 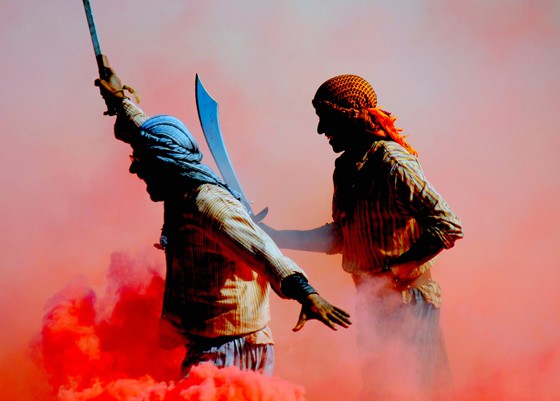 La Patrona, meaning patron saint is always on the 2nd of August and celebrates the local victory over the last moorish attack on the town. History tells that the invading moors reached the coast early morning and were sighted by a local shepheard called Joan Mas, who alerted the townsfolf and heroically led them in battle. This is why the Christians are dressed in white pyjamas and carry farming tools as weapons. The Moors and Christians is a wild and exciting fiesta, and an important event on the local calendar.

Traditionally there were concerts in the square the night before - L' Auborada - when you stayed up until the 5 am wake up call by the band of Pollensa. And a religious mass. Now the fiesta has swelled to include all kinds of cultural, art, sports and foodie events; exhibitions, concerts, sports races, kid's water parties, outdoor dining and theatre performances and begins several weeks before, building up slowly towards the grand finale.

November is cold and damp in Pollensa, a shock to those who have always visited in summer, and a time when the town is increasingly closed down and boarded up. It can feel a bit sad, which is why the winter fair is a welcome treat for everyone.

The fair is many things in one; an artisan fair showcasing the town's crafts, local produce and handmade traditions, like basketweaving, iron work, honey and olive pressing, to name a few, which is usually in the Cloisters. It is also the weekend when the fairground comes to town, with dodgems, carousels, shooting stalls and terrifying rides, sweets and lights. And then it is a social ocasion, to get people out of the house.

This year saw the first edition of a new attraction: the sheep trials competition. Scheduled quite late in the day and further exacerberated by the awful weather conditions that flooded most of the fairs rides and stands, it was nevertheless a success.