Just a few good reasons to book with us

Find a lower price and we'll refund you the difference

Start your holidays with a cocktail, glass of cava or refreshing soft drink

We offer free wireless internet access throughout the hotel

Ask us for anything: A luxury, a service, a whim, a special request…

Elegance and style on the main square

We are a small cultural hotel
in the north of Mallorca

Step into an idyll of Mediterranean sunlight. Slow paced, relaxed and welcoming, with excellent cuisine, nearby beaches and stories to tell… 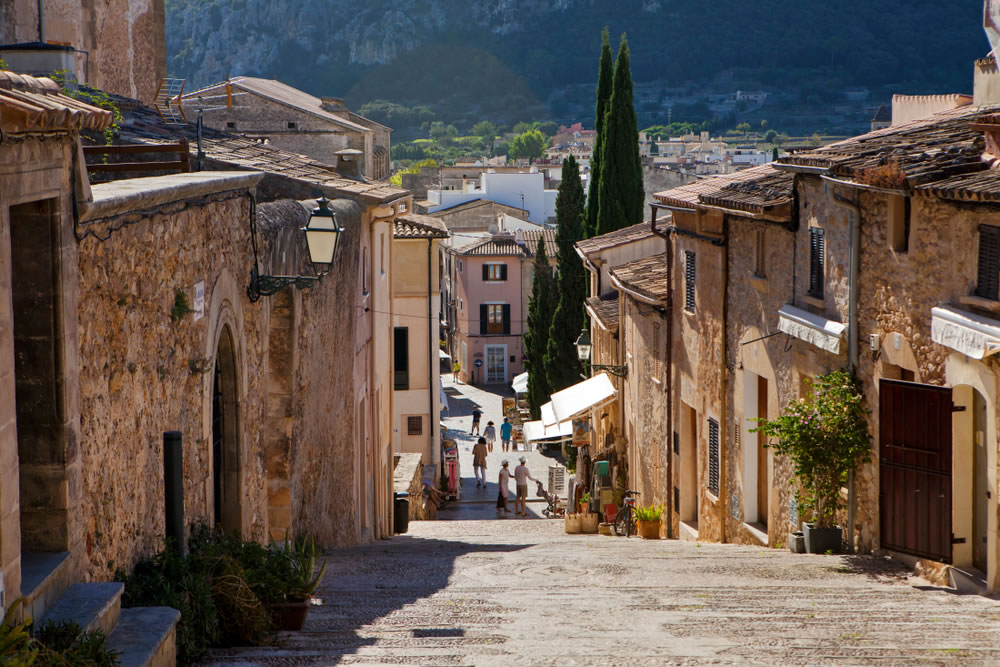 Pollensa, once Roman, then Arabic and rebuilt in the Middle Ages by the Catalans, is seeped in the history of the island, and its narrow cobbled streets, sandstone facades and small squares lay tribute to a town that has been providing shelter since time inmemorial.

In the early days of the 20th Century Pollensa became popular with artists and writers, looking for a haven to work in, away from the bustle of the city, and the plaza where our hotel now sits was the central meeting point.

Many are the names who have settled here temporarily, leaving their mark and a touch of their creative genius, some inspiring art galleries and music festivals.

The outdoor adventurers are drawn to the landscape, climate and mountains that surround the small town with panoramic peaks, while our epicurian guests love Mallorca’s fine wines and delicious local cuisine.

Pollensa has remained remarkably unfazed by all there comings and goings and retained its somewhat insular character, while happily welcoming every new visitor with open arms.