The new Boutique hotel in Pollensa

Have you heard about the new hotel in Pollensa old town? 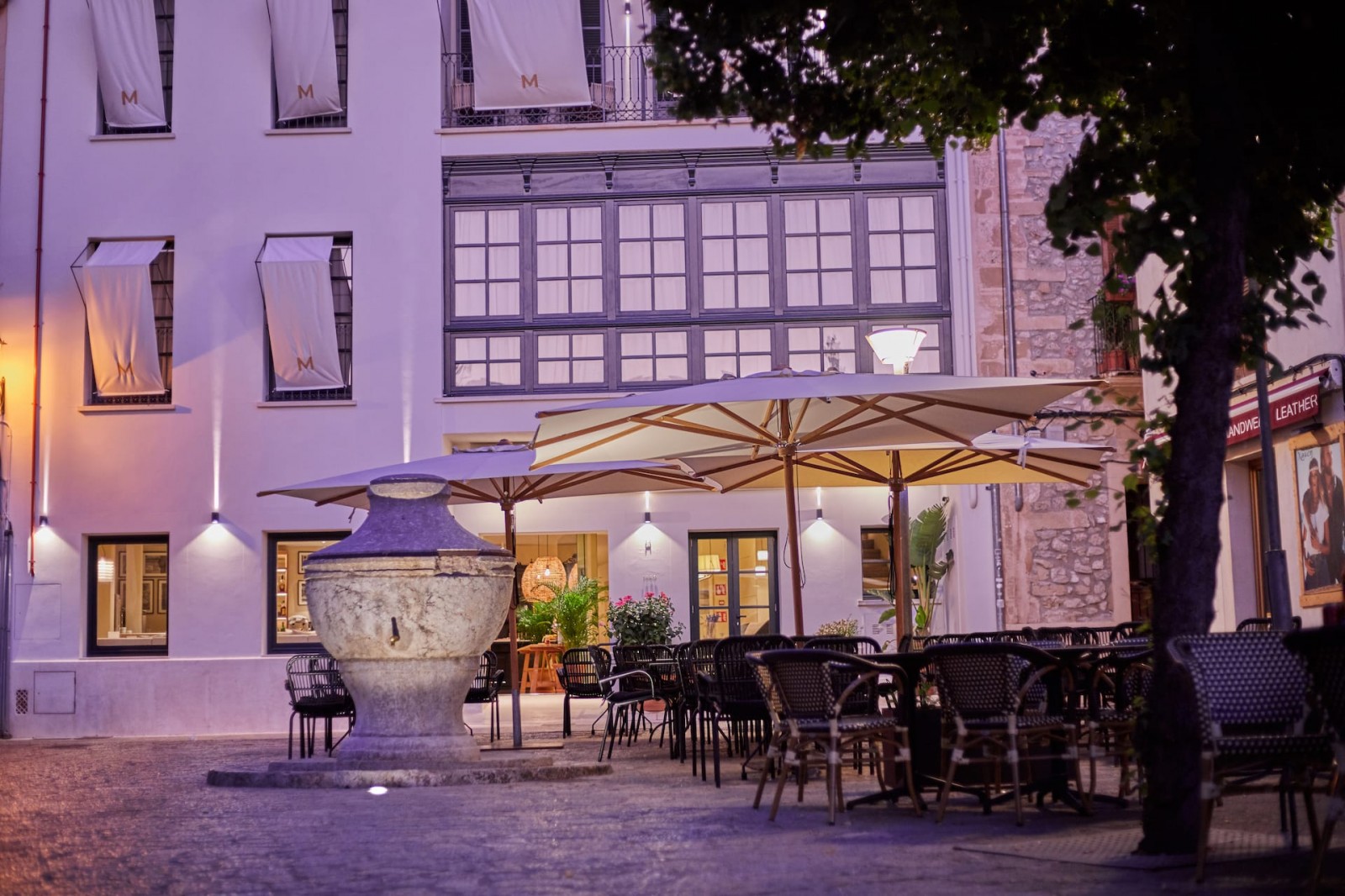 The facade was always one you would stop and look up at. I remember noticing it way before I ever began to notice things like that. It was grandiose and elegant, if a bit run down, with an air of stories to tell.

Known for ever as Cal Lloro or la Fonda de Cal Lloro, la fonda meaning inn, you will find it at the bottom of the square, opposite the old closed up cinema. It looks quite different from its earlier incarnation as a hotel, and oddly enough, is now more reminiscent of its past than ever before.

La Fonda de Cal Lloro, as it has been called for over a hundred years, was the original seat of the Pollensa cycling club, before it got moved across to its present location on the other side of the square. It was the cycling club for 20 years from 1910 to 1930, housing a theatre, a library and a games room with a billiards table.

It also served as a boarding house with 14 bedrooms, providing one daily meal.

Very few people came to Pollensa back then, those who did were either extremely wealthy eccentrics or artists with no time constraints, looking for inspiration. Painters were drawn here by the beautiful landscapes, writers to the peace and tranquillity. A whole school emerged in the north of the island, with artists flocking to the beaches of Cala San Vicente and the marina at the port, trying to capture the unusual Mediterranean light.

Pollensa has since grown into a vibrant market town and holiday destination. But its unique old world charm remains. Those brave travellers who visited the town over a hundred years ago brought the outside world to Pollensa and left an indellible imprint on the fabric of this place.

There is something gratifying about its newly refurbished grand facade with the restaurant below. A wink to another time, when life moved slowly and things were made to last.

It is worth stepping inside to get a sense of the place. The design is stylish and comfortable, the rooms are a delight and the roof terrace pool invites a cocktail and large summer hat.

Art, Music and Culture in Pollensa

The summer calendar is replete with events, some traditional, some new, encompassing all the many aspects of daily life in Mallorca with art, music, religion, food, sport, history and agriculture playing their part.

The main Summer events in Pollensa are:

The Pollensa Classical Music Festival is held every year throughout the month of July in the open air Cloisters of Santo Domingo. It was founded in 1962 by English violinist Philip Newman and since then nearly 800 leading and world reknown artists have performed at the Festival.

The local Fiestas of Pollensa or La Patrona as it's offically known, take place at the end of July, culminating on the 2nd of August with a deeply heartfelt and jubilant battle reennactment of the Moorish invasion of the town - the Moros i Cristians.

The party carries on for several weeks with new activities being incorporated every year. What was once a mainly religious festivity, in honour of the town's patron saint, with masses and processions, is now a mad roll of concerts, club nights, outdoor dinning feasts, exhibitions, races, children's water parties and a fair amount of drinking. And then for the grand finale there is a pretty phenomenal fireworks display at midnight over the town.